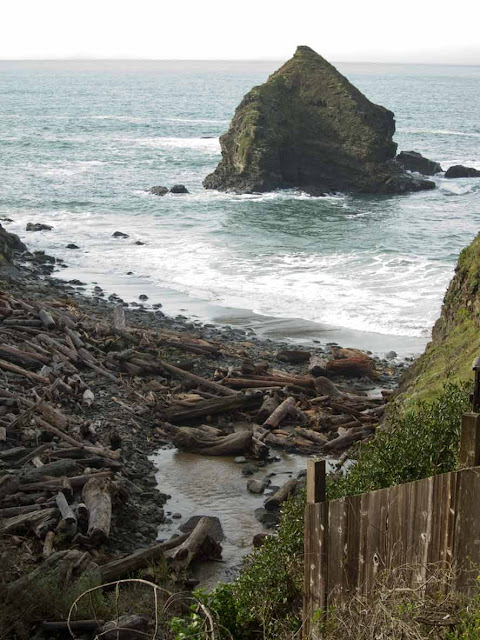 The ocean has been vibrant these 3 days. Big swell, crashing waves. Surfers are a hardy bunch up here. This ain’t no stinkin Southern California. Water’s cold, there are rip currents, surfer dudes are tough.

Lots of driftwood on beaches. When I leave this cafe in Gualala, I think I’ll head back down to the beach where we went yesterday, this time with my backpack to pick up driftwood treasures.

On Wednesday, I skated for an hour and a half. First real skateboarding in months, injuries healed, thank the lord, or rather, body1 It’s a half-mile downhill narrow road, v. little traffic, going out to the Pt. Arena lighthouse. I bomb a stretch of it, what a thrill. I shot movies of the rides with my GoPro Helmet Hero HD video camera, will get into YouTube when I can. (Looks like I’m going faster than I am.) 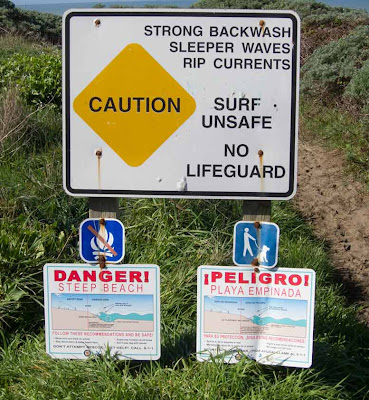 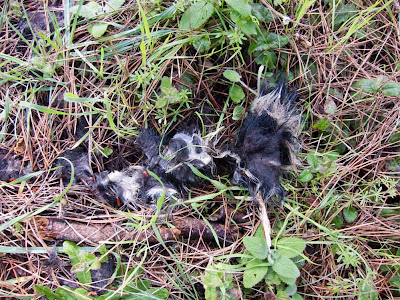 I went down a little canyon path a few hours ago to shoot the above pic of the driftwood beach, and on the way back up, spotted this skunk skin, or rather,skunk fur. I probed around with a stick, but there were no bones, just this image of a skunk draped on the pine needles.

I’ve heard of Taoist masters who have died and supposedly left no physical traces. When monks opened the master’s room, there was nothing but the master’s clothing and hair. The body had dissolved into thin air.

Lloyd Kahn started building his own home in the early '60s and went on to publish books showing homeowners how they could build their own homes with their own hands. He got his start in publishing by working as the shelter editor of the Whole Earth Catalog with Stewart Brand in the late '60s. He has since authored six highly-graphic books on homemade building, all of which are interrelated. The books, "The Shelter Library Of Building Books," include Shelter, Shelter II (1978), Home Work (2004), Builders of the Pacific Coast (2008), Tiny Homes (2012), and Tiny Homes on the Move (2014). Lloyd operates from Northern California studio built of recycled lumber, set in the midst of a vegetable garden, and hooked into the world via five Mac computers. You can check out videos (one with over 450,000 views) on Lloyd by doing a search on YouTube:
View all posts by Lloyd Kahn »
Tags: animals, beach, on the road

One Response to Day 3-B on the road