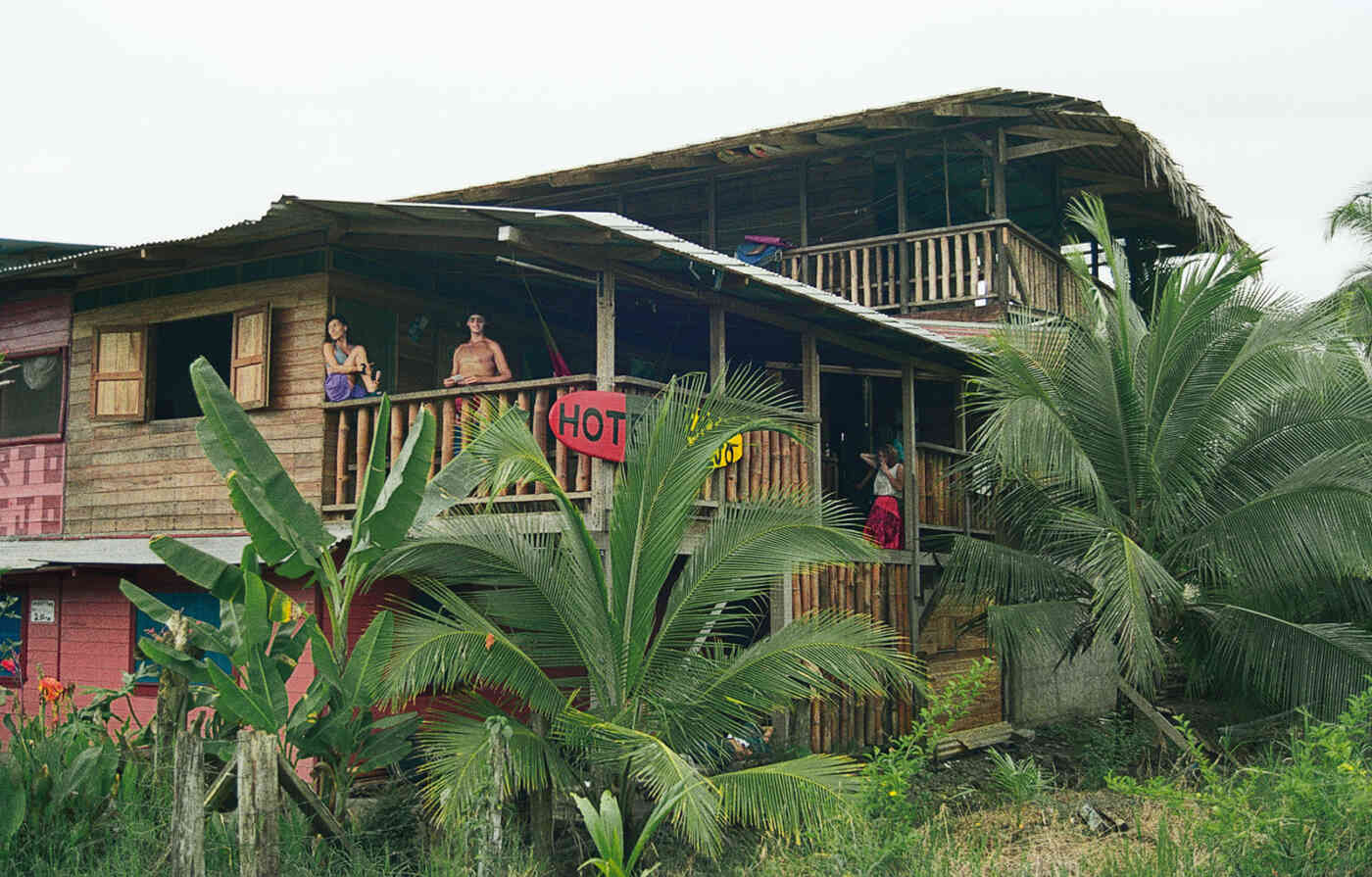 It was a somehow charming tropical town, with a rusty and decaying port. There were sloths in high trees in the park down by the Caribbean.

I hooked up with a local guy (a lawyer, nonetheless) and his girlfriend, and he showed me where to eat, and where to stay.

He also showed me how to make a cuba libre (rum and coke) with hi-octane pure alcohol (bought in am unmarked bottle in liquor store), an appropriately named limon (a big orange, but tart) and — Coca Cola. In hotel room, squeeze limon, add alcohol and coke.

The next day I headed out to Puerto Viejo, to visit Curt Van Dyke, son of my long-time dear friend from Santa Cruz, Betty Van Dyke.

On the way I stopped at a black sand beach where there was a bar on the beach playing reggae music. Un piña colada, por favor, and then some bodysurfing. (The sand was black!)

When I got to Puerto Viejo, I went to see Curt. He had maybe a dozen rooms, kept adding on, and a restaurant, and it was walking distance to Salsa Brava, a high-speed kick-ass surf spot.

This pic is Curt out on the deck, with his wife at the time. When he saw me looking the place, he said: “Classic, eh?”

Lloyd Kahn started building his own home in the early '60s and went on to publish books showing homeowners how they could build their own homes with their own hands. He got his start in publishing by working as the shelter editor of the Whole Earth Catalog with Stewart Brand in the late '60s. He has since authored six highly-graphic books on homemade building, all of which are interrelated. The books, "The Shelter Library Of Building Books," include Shelter, Shelter II (1978), Home Work (2004), Builders of the Pacific Coast (2008), Tiny Homes (2012), and Tiny Homes on the Move (2014). Lloyd operates from Northern California studio built of recycled lumber, set in the midst of a vegetable garden, and hooked into the world via five Mac computers. You can check out videos (one with over 450,000 views) on Lloyd by doing a search on YouTube:
View all posts by Lloyd Kahn »
Tags: beach, bodysurfing, cannabis, on the road, surfing, swimming