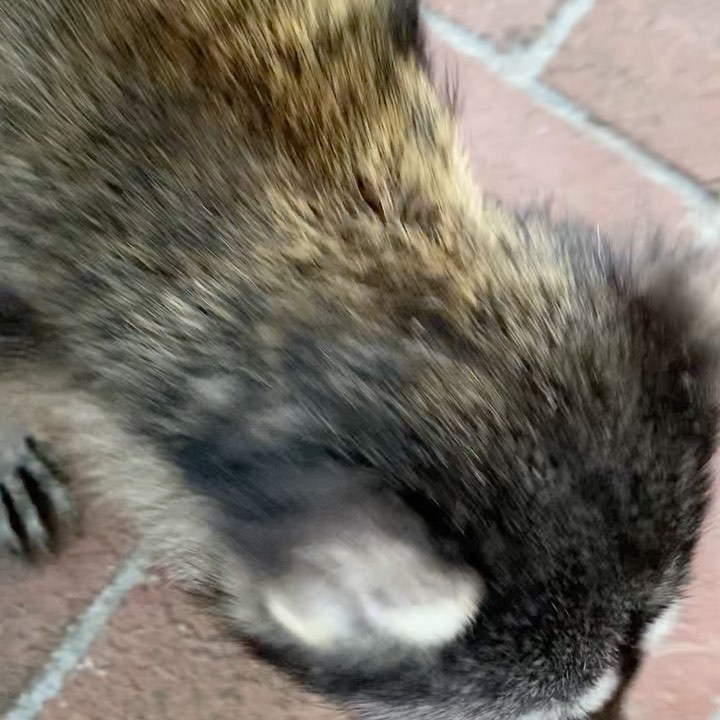 This raccoon has been hanging around here for a few years and recently started getting some of the cat food we leave outside, so I slowly made friends and eventually got it taking the pellets from my hand. I love watching the dexterity of its paws, very human-like. I eventually quit doing this, not good to feed wild animals, as it may encourage them to trust other humans, but it was a thrill to watch its handwork for a week or so.

Makes me realize how domestic cats and dogs came about; wild felines or canines hanging around at the entrance to caves or following nomadic tribes, becoming friends, family members, then being bred into different sizes, shapes, talents.

In our overly civilized lives, it’s a thrill to experience part of the “natural world,” or like 95% of our lineage: wild foods, fishing, making stuff by hand, harmonious interaction with other forms of life. To be sought out. Refreshing for the soul.

Lloyd Kahn started building his own home in the early '60s and went on to publish books showing homeowners how they could build their own homes with their own hands. He got his start in publishing by working as the shelter editor of the Whole Earth Catalog with Stewart Brand in the late '60s. He has since authored six highly-graphic books on homemade building, all of which are interrelated. The books, "The Shelter Library Of Building Books," include Shelter, Shelter II (1978), Home Work (2004), Builders of the Pacific Coast (2008), Tiny Homes (2012), and Tiny Homes on the Move (2014). Lloyd operates from Northern California studio built of recycled lumber, set in the midst of a vegetable garden, and hooked into the world via five Mac computers. You can check out videos (one with over 450,000 views) on Lloyd by doing a search on YouTube:
View all posts by Lloyd Kahn »
Tags: animals, Instagram, natural world, nature, the earth, wild foods

2 Responses to My Raccoon Friend (for a Few Weeks)