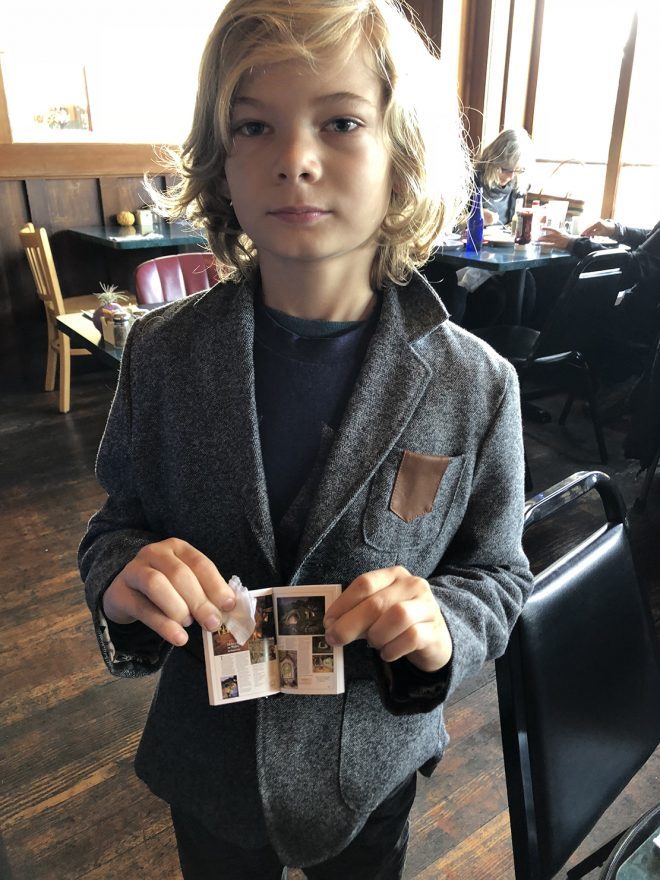 I’ve had so much fun over the past few years, handing out our mini books to kids. They all get it.

On Friday morning, my friend Louie and I went into (the very cool) Queenie’s diner in the tiny coastal town of Elk (California). This kid was sitting with his folks and he looked at me with a level gaze. There was some intelligence here.

I handed him one of our Tiny Homes mini books and went back to my breakfast.

About 10 minutes later, he came over and said to me, “Do you want to see what I like in this book?”

Whereupon he opened the mini book, and showed me about 5 pages that he’d marked with scraps of paper.

His name is Booker.