I could not believe the airport scene at Los Cabos International. Must have been 1,000 people lined up to get through customs. Then the (Enterprise) car rental took forever. Finally made it to my friend Chilon’s apartment in San José. Even though the place has changed phenomenally since I was last here (8 yrs. ago), e.g. Walmart, McDonalds, etc., it’s still quiet and peaceful in the old part of San Jose. We had tacos with nopales, then Chilon took me on a tour of the extensive neighborhoods of cracker box row houses as well as the shacks made of tarpaper and corrugated metal of squatters.

Crime is heavy duty here right now. The tourist industry blacks it out, but there are weekly murders in San José. Apparently when drug kingpin El Chapo was arrested, several gangs started to fight it out for territorial rights and it’s an ugly undercurrent to the sun and surf and booze and party scene in these parts.

BUT: one thing that hasn’t changed since I started coming here in the 80’s is the ocean. The sand is buff-colored, with large grains that make for crunchy walking. No one else on beach. The water is clear blue/green; foam on sand like whipped cream, I’ve been here less than a day and in water twice, swimming carefully to help in rehabbing torn shoulder muscles. Swimming relaxed, not fighting the cold — nothing better. The buoyancy, weightlessness, salt, blue, immersion in El Oceáno Pacifico. I forgot how much I love it here. There is still the “real Baja” if you know where to look for it. 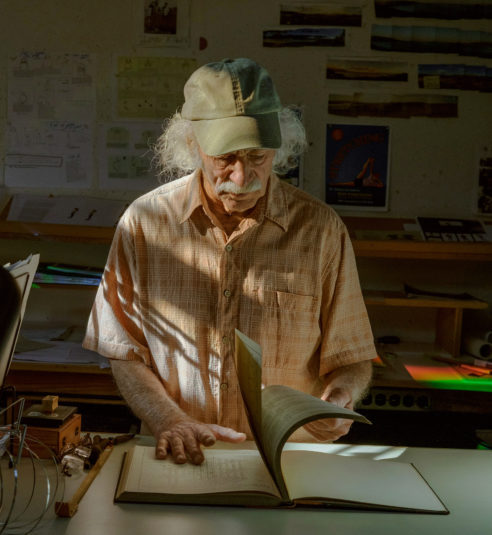 The State of This Blog

Feeding a Peanut to My Scrub Jay Friend