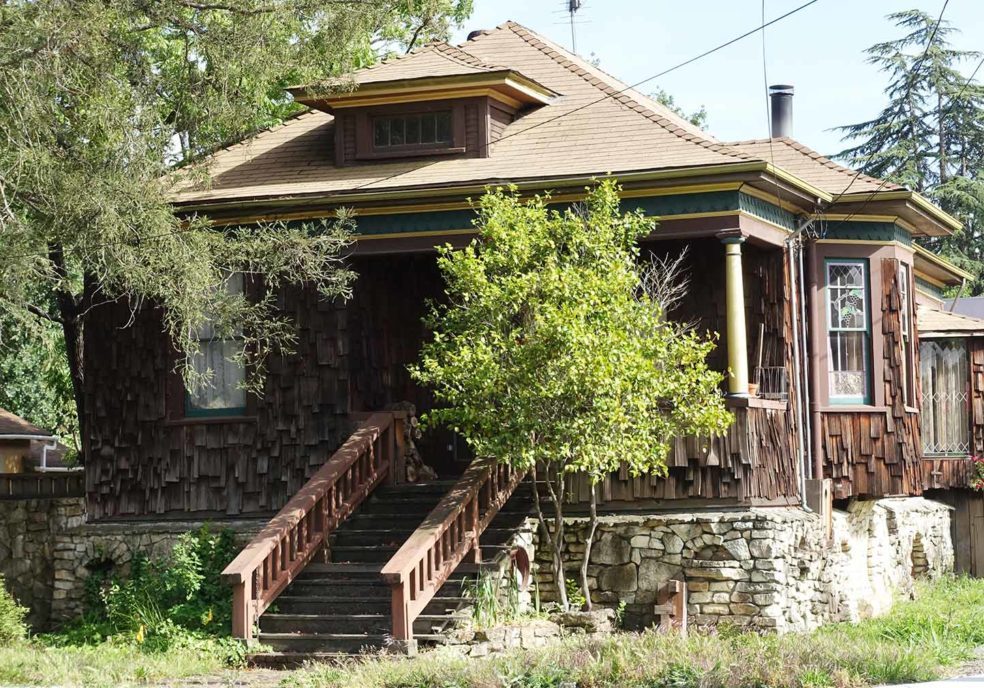 Friday I did a slide show on Tiny Homes on the Move at the Napa Bookmine bookstore. A great bookstore, a wonderful crowd, all of us on the same page. Made me think of Sam Cooke saying to the audience on his “Live at Harlem Square” album, “I can see you’re with me tonight.”

Rapport has been wonderful lately. 45 years of doing these building books; there’s a thread through these books and people who’ve read them. A tribe of us interested in a certain kind of shelter, warm, inviting, full of life, the antithesis of the Dwell magazine aesthetic.

“…all rooms ought to look as if they were lived in, and to have, so to say, a friendly welcome for the incomer.”

And working with our own hands.

Shot a lot of photos of mostly small homes in Napa. After dinner, store owners Naomi and Eric and I and a bunch of their friends headed up into the hills and had a marvelous meal prepared by master chef (and carpenter and musician) Steve Hutchinson. Wine flowed, 2 of the guys worked for wineries, it was a real treat. After everyone left, Steve and I got in the hot tub, yes, with glasses of wine, yes a hot tub in Napa, snark away, Californians in their hot tubs, etc. It started to rain — hard — and here we were at 2200 feet on a mountain, in hot water in the pouring-down rain.

Lloyd Kahn started building his own home in the early '60s and went on to publish books showing homeowners how they could build their own homes with their own hands. He got his start in publishing by working as the shelter editor of the Whole Earth Catalog with Stewart Brand in the late '60s. He has since authored six highly-graphic books on homemade building, all of which are interrelated. The books, "The Shelter Library Of Building Books," include Shelter, Shelter II (1978), Home Work (2004), Builders of the Pacific Coast (2008), Tiny Homes (2012), and Tiny Homes on the Move (2014). Lloyd operates from Northern California studio built of recycled lumber, set in the midst of a vegetable garden, and hooked into the world via five Mac computers. You can check out videos (one with over 450,000 views) on Lloyd by doing a search on YouTube:
View all posts by Lloyd Kahn »
Tags: books, cooking, on the road, tiny homes on the move

2 Responses to A Few Great Days in Napa