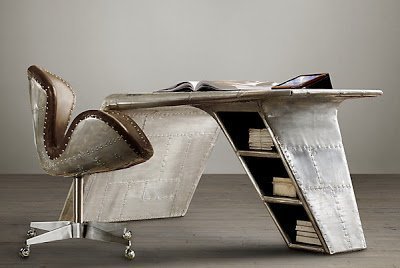 Inspired by streamlined World War II fighter planes, our desk is a shining swoop of metal, its shape mimicking the bent wing of a plane. Poised as if for take-off, it features a polished aluminum patchwork exterior accented with steel screws, built around a solid hardwood frame. 3 canvas-lined shelves offer ample storage.” 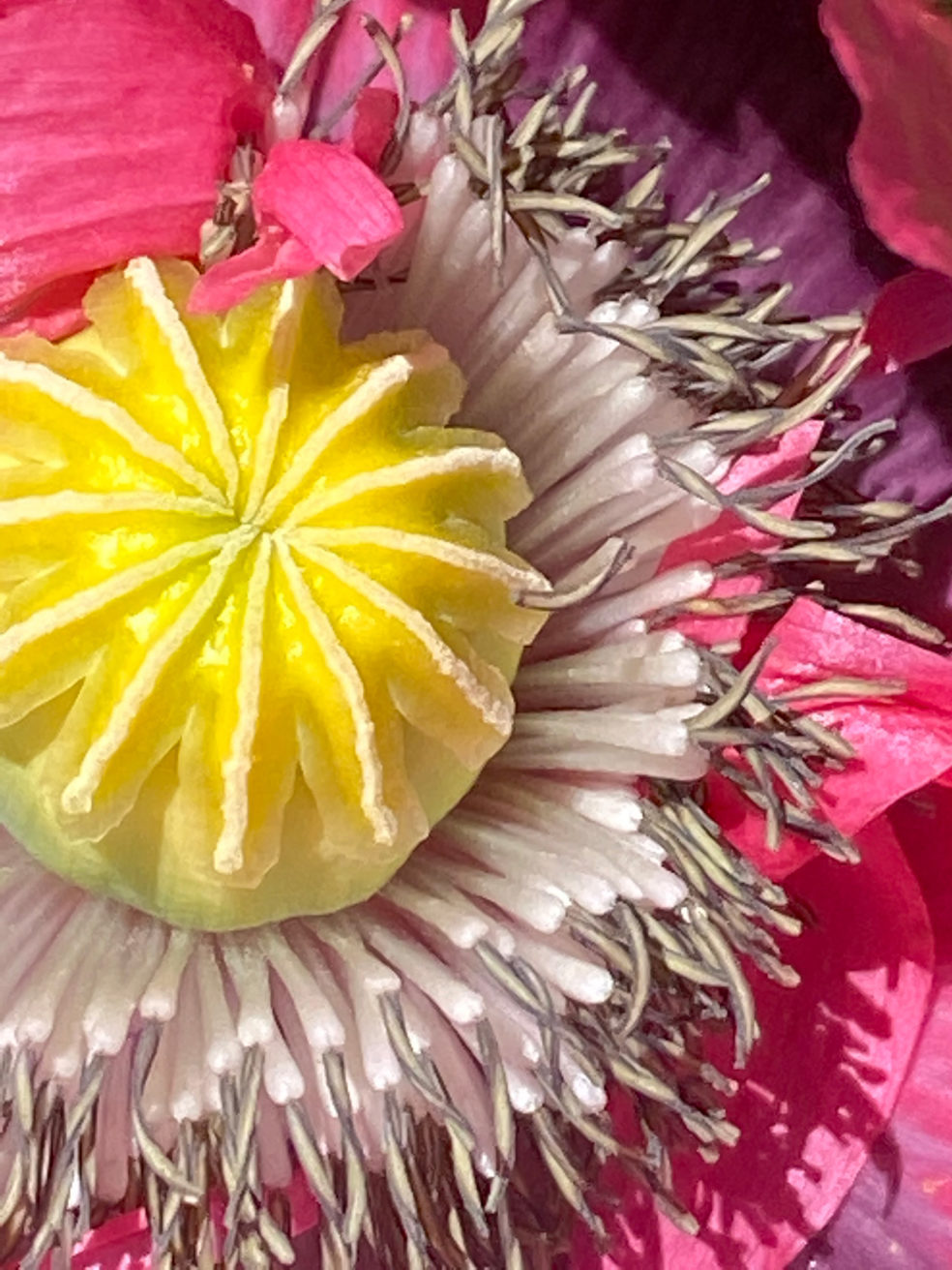 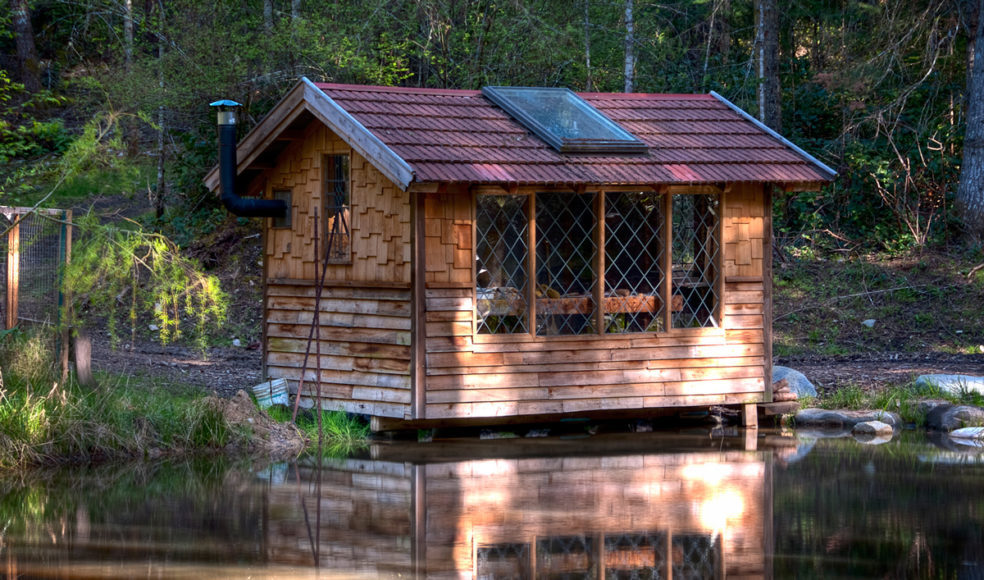 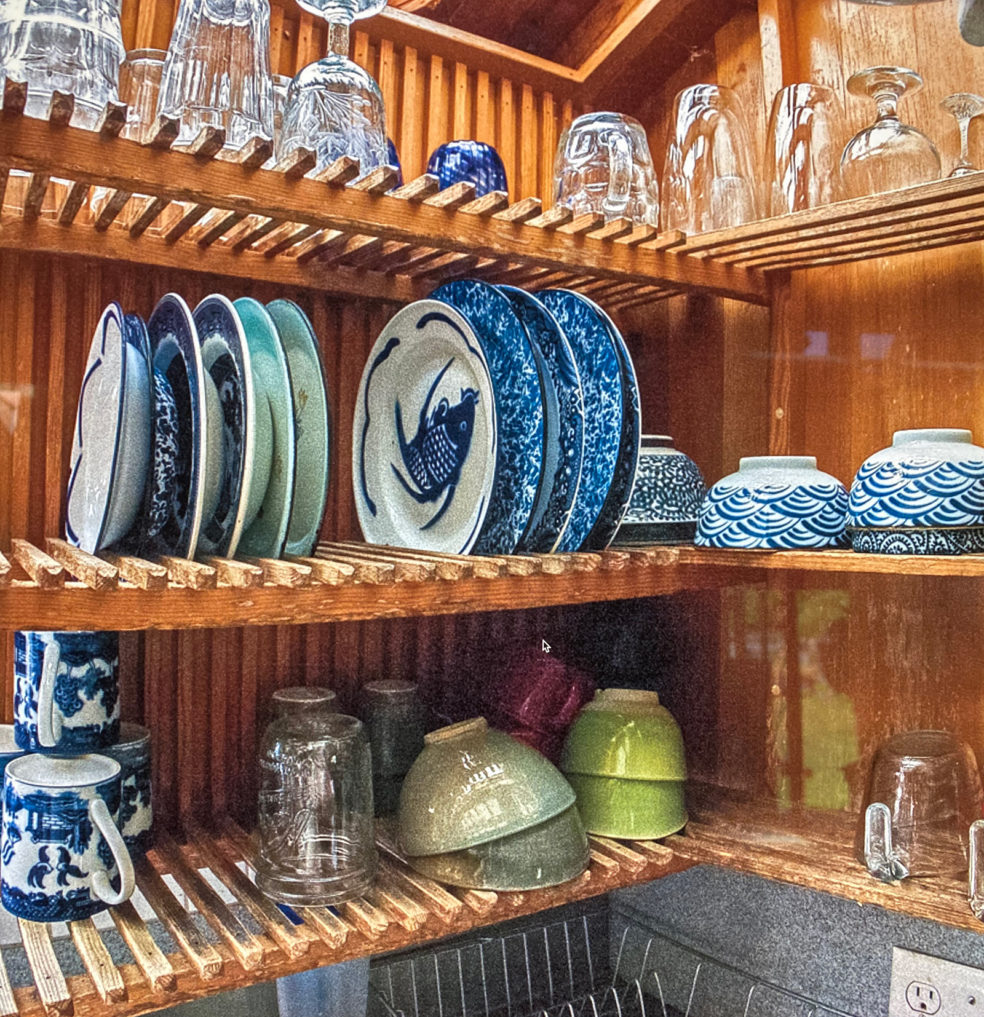