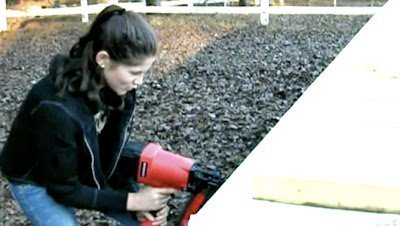 “Having graduated from the pink playhouse stage, 12-year-old Sicily Kolbeck is building a 128-square-foot solar powered abode as a place to ‘bake cupcakes, to read and to hang out with friends.’…”
Here.