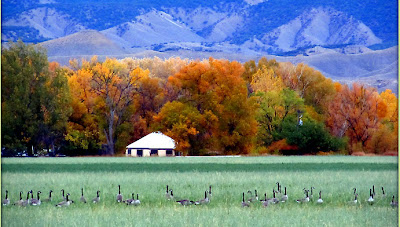 “Lloyd- twenty years ago today, my wife gave me a copy of Shelter for my birthday… I’m sending the results back to you. It’s not tiny, but man has it been fun.  – Tracy Lightsey”

There are a ton of photos here.

One Response to Shelter-inspired Yurt in Colorado

Surfing By The Light of the Silvery Moon
Jay-Z, Beyonce: Bonnie & Clyde