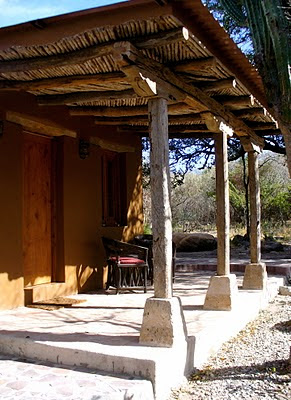 “The five casitas and lodge were built of adobe in the last few years by David and Jennifer MacKay.”

Pictures of the El Pedregal Nature Lodge and Retreat Center, which is situated on a twenty acre oasis in the town of Alamos, Sonora, Mexico, appearing on Alt. Build Blog.

I stayed here a few years ago. It’s a wonderful  place in a beautiful old Mexican town in the mountains.

Lots of stuff to check out on this blog.