Today we took off early for the 3-hour drive to Santa Cruz to see, ahem, ahem, our first grandchild, Maceo, age 3 weeks, parents Will (our son) and his wife Aine. I won’t bore you with photos, but he is a beautiful little creature. I didn’t know that having a grandchild would be a such big deal, but it is.

When we got to Santa Cruz we went to Verve Coffee Roasters on 41st, excellent java, serious barista artistry, hip & friendly staff. 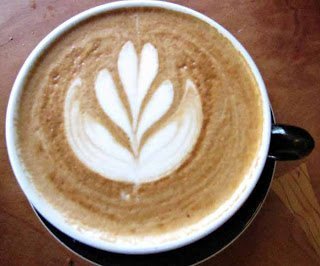