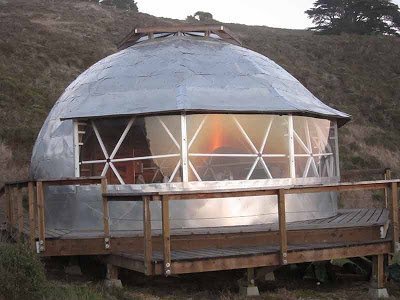 Spotted on recent coastal run. This is a really nice job of spiffing up a wooden dome. Put together with hex-head sheet metal screws with rubber washers. I especially like the mini-overhang of win dows.

Day at the – wham! – beach
Live the life you love and…