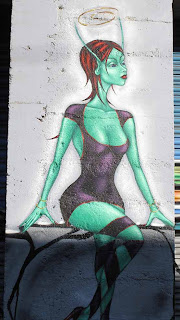 Last of the original Minis
Our Booth at Green Festival