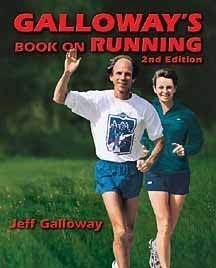 Jeff Galloway, author of our two running books, has been in the limelight lately. On June 1st, New York Times writer Tara Parker Pope described how she is using Jeff’s revolutionary walk-run training technique to run her first (NYC) marathon. Tara, “…more couch potato than runner,” was discovering first-hand, that “… walk breaks are a way for older, less fit and overweight people to take part in a sport that would otherwise be off limits. But most surprising are the stories from veteran runners who say run-walk training has helped them post faster race times than ever.”

Jeff’s two books, Galloway’s Book on Running, and Marathon: You Can Do It!, are selling better this year than in 2008. Totals since publication: