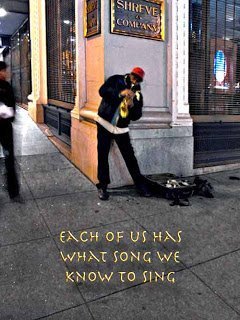 My good friend Jack Fulton and I have taken many car trips to the California Sierra mountains and to Nevada, Arizona, and New Mexico. Jack is a real photographer and we both love driving down new roads, scanning the landscape for photo-worthy scenes. We’re fascinated by the world out there, and we stop and shoot continually. When we were doing this in the ’60s and ’70s, Jack was always saying he was “… stunned and amazed,” and that phrase has stuck with me. It describes much of what I find on my travels. I’m stunned and amazed by buildings, people, beaches, mountains, landscapes, I bring this up if you’re a reader of this blog because I find myself writing the word “amazing” a lot and I may sound a bit pollyannish or like the boy crying wolf, but goldarnit, I am just knocked out by what I run across.

In 1972, Jack and I were on a 2-week trip shooting photos for the book Shelter, and we ended up on a dirt road in Navajo territory in Arizona. We stopped at a trading post that had a traditional hogan next to it. A few minutes before, a striking young Indian guy had ridden past us on a paint horse, a bandana on his head and his shiny black hair in a long braid — powerful image. It was cold and windy and as we were shooting pix of the hogan, a big pickup truck pulled up, and a woman jumped out. She looked like a cross between an Indian princess and Tina Turner. An aura of vitality and beauty. Wow! She went into the store, and Jack looked at me and said,