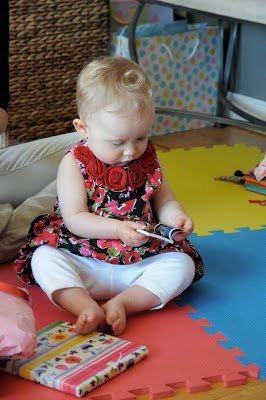 From Michael McNamara in British Columbia: “…Here’s a photo of our granddaughter Bella reading her copy of Tiny Homes at her first birthday party.…”