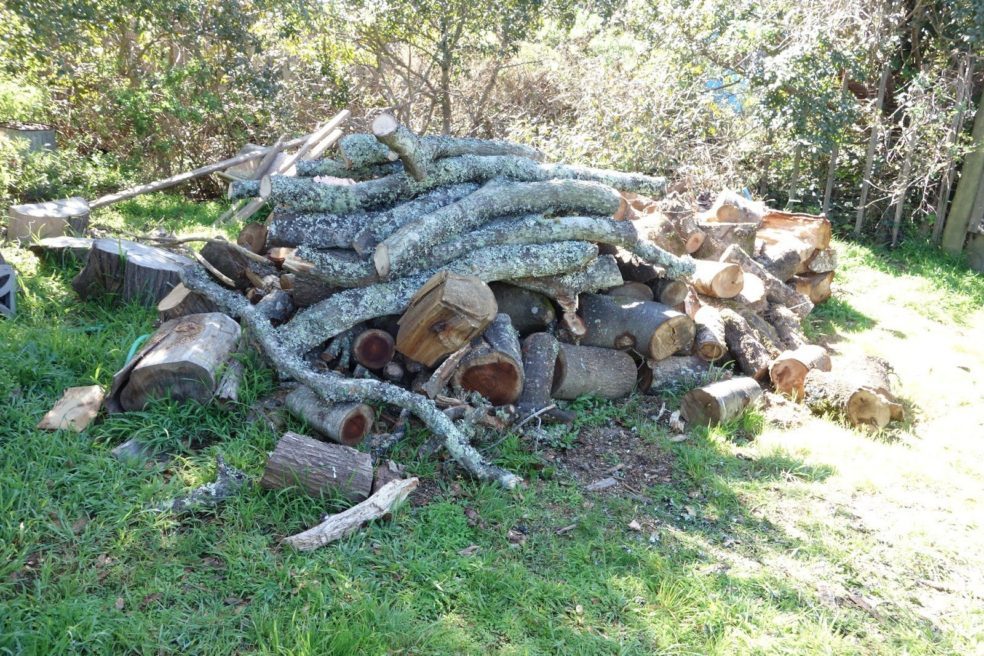 (The stuff on top.) It’s healthy oak, not rotted out with sudden oak death disease. I’ve got 2-3 years of firewood ready to cut up and split. I love getting out and foraging…