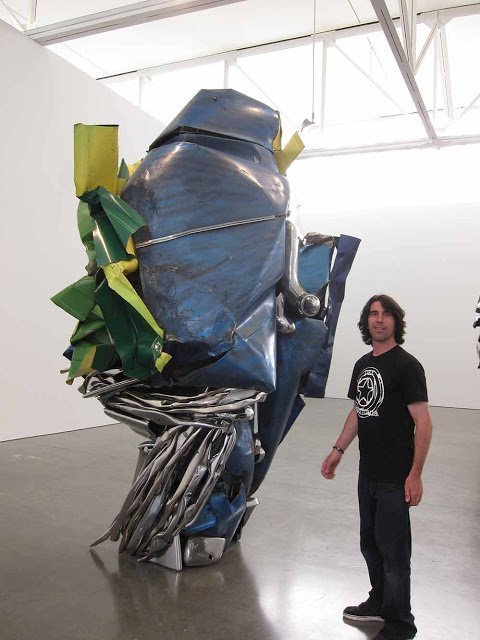 I spent yesterday afternoon with Ivory Serra, son of my good friend Tony Serra ( I’ve known Ivory and his  twin brother Shelter since a few days after they were born). Ivory’s a working photographer, worked with Annie Liebovitz for a while, and knows the NYC art scene. (It’s quite wonderful that Ivory and Shelter, coming from this little town of 3000 people, have survived and thrived in NYC, and as artists.)

We went to some bookstores and a few galleries. I can’t find my notes on which gallery this was , or the sculptor, but he’s quite famous, and these are ultra expensive (prices not listed, but Ivory thinks maybe $150,000). It was a great afternoon, we started out at Grumpy’s coffee house on West 20th, and then went to all these places I would not have known about otherwise. 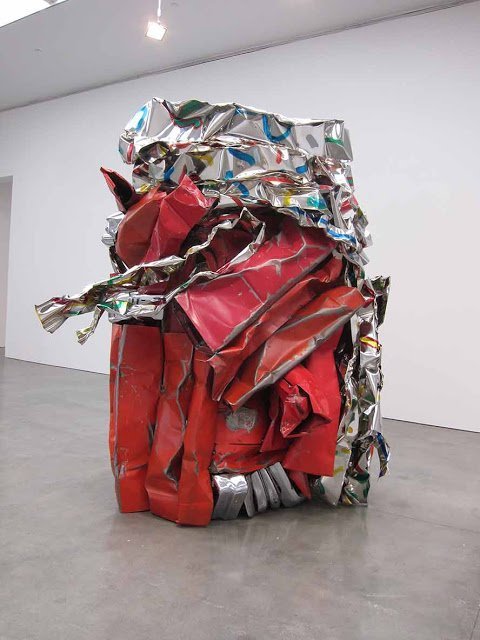 7 Responses to Wandering around in Chelsea